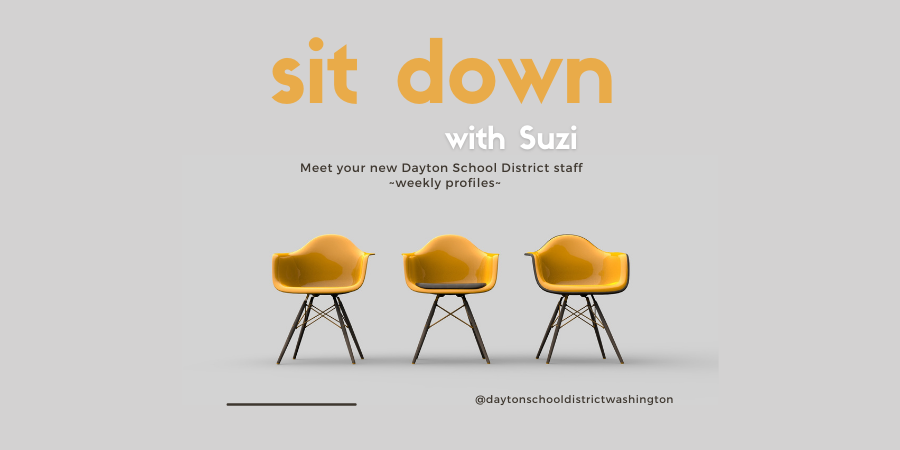 Sitting down with our Interim Superintendent, Rich Stewart, is always a pleasure whether it's to discuss communications strategies at the District or to hear about his experiences in one of his many school districts he’s had the pleasure of serving at.

I asked Rich who he is and without a moment of hesitation his response was, “I am a man of God and I love my family.” Our conversation then twisted around the book he read by Steven Covey that encouraged him to think with the end in mind. What we do is what we do, Rich explained but who we are is the legacy we leave for others. 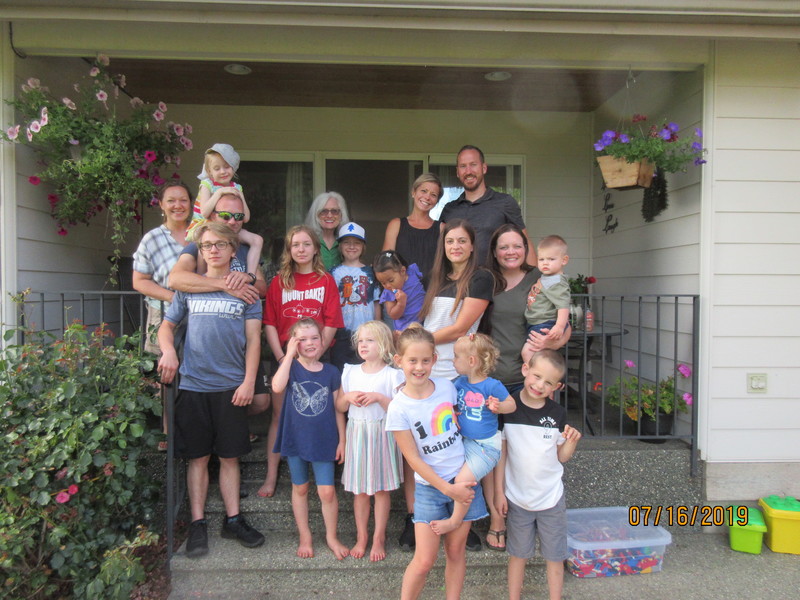 “I love working in education!” Rich went on to express with a giggle. His passion bubbles from him as he told me about being a 17-year-old who started coaching. A self-described student of the game, his love of education was born on the court, the field and anywhere a ball was found.  An elite athlete, in his mind, Rich studied the game and played wherever he could.

As a young man who realized that coaching was opening doors to education he approached the school asking to volunteer in the elementary. He started in first-grade and each year moved up a grade in volunteering. When he arrived at the Special Education classroom he sealed his love of education. He knew Special Ed was where he needed to be. I asked Rich why it called to his heart. “They are the kids with the most challenges. I run towards a challenge.”

Rich accomplished his lifelong goal of attending U Dub (University of Washington) where he completed his education. As a Huskies fan I figured it was the game and team that drew him to U Dub but he said it was how they ran the football program that he loved.

I asked Rich how he defines success. “Relationships.” Anyone who has known him for any length of time can attest to this. He knows the people and things that are important to you and he remembers them for years to come! One of his greatest joys he expressed to me was the weddings he’s been invited to. Kids from school districts and staff members. Being a part of their lives, that is success! 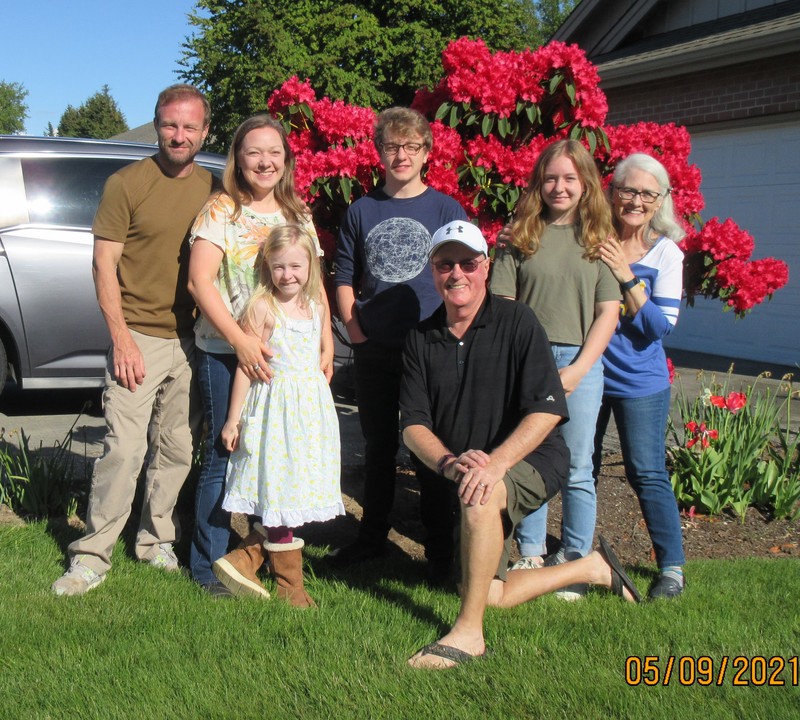 When I get the opportunity to visit with people who possess strength in their abilities, I always want to know what their backup plan was.  The proverbial “If you could…” question. “Rich,” I said, “if you could do anything other than work in education, what would it be?” Without hesitation Rich answered, “A sports broadcaster. I would call baseball. I love the slowness of the game and the time to tell stories.” As our conversation continued to weave around sports he shared that his hero is Hank Aaron. Of course my thought was because of Hank Aaron’s statistical legacy but Rich once again took me in a different direction. “He was a great player, an African American, all those are true. Hank Aaron was never arrogant, he was a man of humility. He walked through hate. I would someday like to sit with him and thank him. Thank him for making a big difference in my boyhood. How he handled himself made a huge impact on me. Hank was an amazing human being.” 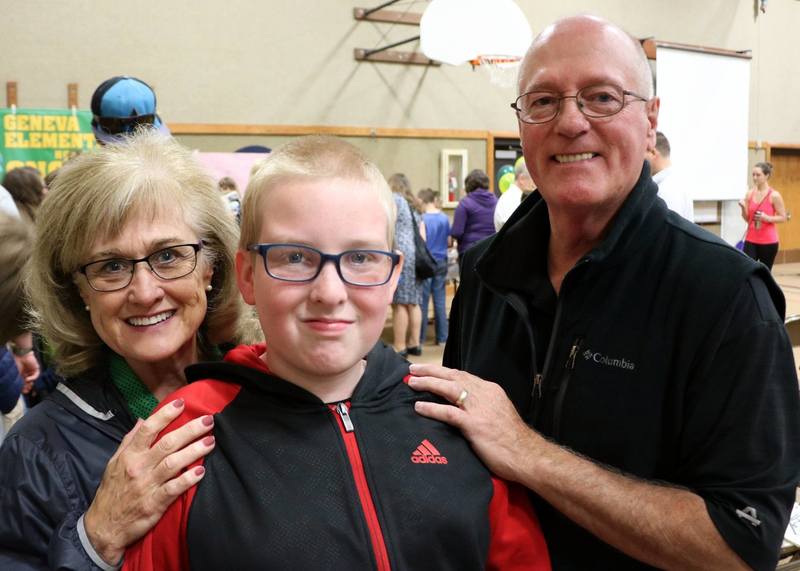 Rich counts his blessings: His wife and favorite human, Deanna, his 5 kids and 11 grandchildren. He loves being in Dayton, a small district where he has access to people and challenges that keep him running. He loves to sit and have a conversation with you whether you’re having a cup of coffee, live across the street or pop into the office. He enjoys gathering feedback and appreciates honesty. 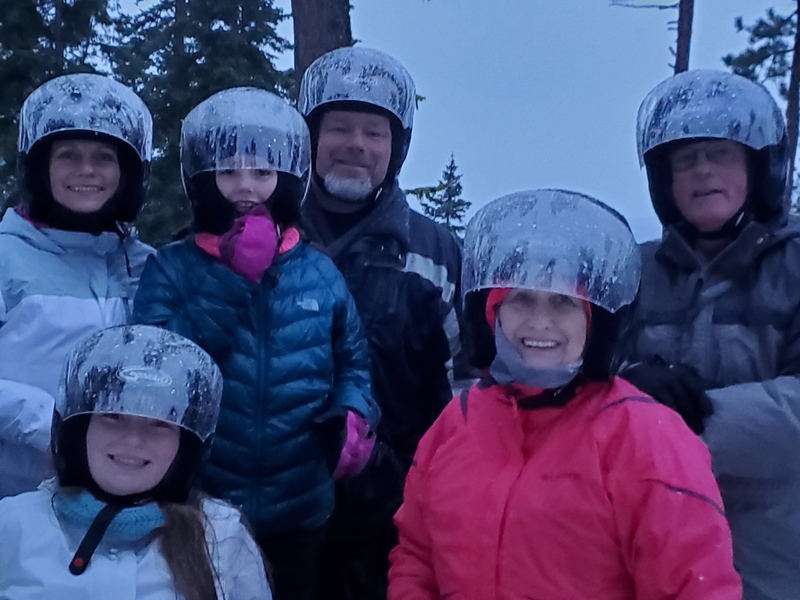 As we continued to visit I made note of many words of wisdom, sage advice if you will, that could be applied to a volleyball game, a job, a relationship or running a school district. His Mama always told him to leave a place better than when you found it. As I find a way to close out an article that could go on for pages I am torn between giving a nod of thanks to his Mama or to Mr. Hank Aaron. Both instilled important character traits that are being passed on to many in our small community. Like Hank Aaron, his humility inspires those who watch him walk through life.  And like his Mama…he truly is leaving it better than he found it.

“In playing ball, and in life, a person occasionally gets the opportunity to do something great. When that time comes, only two things matter: being prepared to seize the moment and having the courage to take your best swing.” ~ Hank Aaron

A few quotes that reminded me of Rich

"I was told I would never make it because I'm too short. Well, I'm still too short, but I've got 10 All-Star games, two World Series championships, and I'm a very happy and contented guy. It doesn't matter what your height is; it's what's in your heart." ~ Kirby Puckett